Ok I have to give it up to Elite Model Management for being the vanguard of the business when it comes to diversity.
Ask any model about their (dare I say) “struggle” when it comes to finding an agency.
There’s a list of typical “NO” responses #1 being: “We already have a girl who has your look”.
Now, normally an agency will tell this to any girl who has naturally brown hair.
(lol, but not funny)
This means if there’s even just one brown girl there on the roster no one else has a chance because they’ve already filled their minority quota. Which means even if the one girl there looks like she’s from the Dinka tribe of Sudan anybody else with any variation of chocolate from dark dark to cafe con leche to cafe au lait to vanilla w/ chocolate sprinkles can hang it up.

And some agencies will flat out tell them they don’t have any ethnic girls because it’s a waste of time.
Now before you go getting all twisted up in knots & ready to go protest, let’s analyze this from a business perspective.:
OK, here’s the argument in favor of these agencies (this is America so it’s only fair to listen to the other side).
Ok let’s say you have a store & you’re selling certain items, if those items are not selling, then why would you continue “losing money” on them? Why not just go with what makes money. Supply vs Demand.

Many of the agencies say it’s the fault of the designers because they try to push ethnic girls but the designers choose who they want for campaigns, catwalk, etc.. (this is true, think about it, Brands decide & define their own distinct vision or concept: some really strong brand concepts are Abercrombie, Vivienne Westwood, Rock & Republic. Can you imagine a designer saying “Oh I don’t know who my clothes are for?”).

And the designers say the agencies don’t have any quality ethnic girls who fit their brand.
(this is kinda true, sometimes you see amazing pictures of a girl & then she shows up for a casting looking “KRAZAY”, but I’m talking all models in general regardless of ethnicity.
There are girls who take it seriously & get enough sleep & TAKE A BATH the night before a shoot & show up with a positive attitude ready to make some great images, & then there are the party hard girls who come to the set @ 8am still on a coke binge smelling like they “Pop Champagne” w/ nasty attitude to boot.

And as a brand it is important to get the girl(s) who truly represent your company, not only with beauty but with poise & dignity (if that’s your brand, because some brands BREED party girls).
But you get my point. 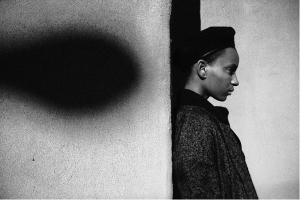 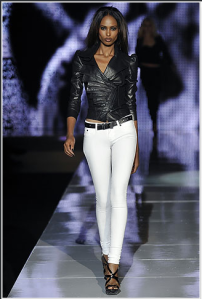 Man I am still not sure if it is really the chicken or the egg.
I’ve even heard some ridiculous industry folks try & blame the photographers.
Back up buddy, photographers love all girls honestly, & the photographers have to choose from the top girls at the agencies, because the designers will only use top girls.

(Just an aside: there is that point when a photographer “breaks” a girl, meaning he’s the first one to shoot her for a major campaign or editorial, but the photographer has to be of a certain status for her to be considered broken in. So girls do get lucky if either the photographer pushes for her because he believes that strongly in her or if that girl is hand chosen by the designer).

Which brings me back to Elite.

Now, I enjoyed searching through their various rosters because they are pretty fearless with it! KUDOS!
Of course there is a long up-hill battle with this whole diversity issue but let’s do what we can to recognize when CHANGE has entered the vicinity, (sorry I couldn’t resist the Obama reference).

And there’s still plenty of time before the February shows for all the agencies to get them a lil piece of CHANGE, even just 1 @ each agency would be a good start. 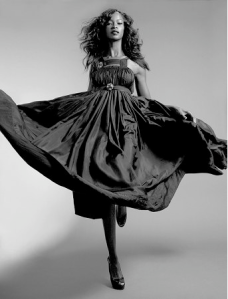