Human beings have always used their appearance as personal advertising – a calling card signaling who we are and where we are at. As our world grows ever more complex and fragmented, the importance of appearance grows ever greater: our visible differences and similarities facilitating interaction and relationships.

Throughout human history the most seemingly illogical of adornment and dress styles have served eminently practical purposes. Far from being frivolous and absurd, style is functional in the true sense of the word.

Central to any such argument is the idea that our dress, hairstyle, footwear, make-up and so forth – what the sociologist Irving Goffman collectively termed our ‘presentation of self’ – functions as a medium of expression. And, moreover, that such visual communication can ‘say’ certain things – or, at the very least, express them – more immediately and powerfully than verbal language ever can. (To appreciate this, try composing a brief, written description of yourself for a ‘personal ad’. Now get out a prized photo of yourself dressed in a favourite set of clothes. Which medium communicates ‘you’ more effectively and fully?)

Our lives are made up of innumerable micro moments of often trivial but sometimes enormously important visual interaction. Imagine that you are walking down a city street late at night. No one is around. And then, in the distance, a solitary figure approaches on the same side of the road. As you and this alien ‘other’ come closer and closer – with each step more and more visual clues are discernible – you scrutinise and ‘check out’ each other. 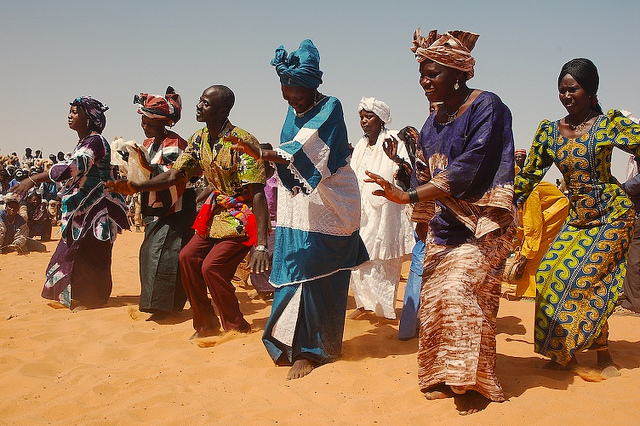 All the visual data is cross-indexed against an enormous data bank of previous experience to arrive at a tentative conclusion (dangerous / peculiar but not threatening / boring / interesting / desirable), out of which emerges a behavioural strategy – you run in the opposite direction; you cross cautiously, nonchalantly, to the other side of the road; you more or less ignore this person as irrelevant; or, perhaps, you try to catch his or her eye. Skills in ‘checking people out’ and, alternatively, in the ‘presentation of self’ are fundamental to our lives – in particular, in avoiding those who might cause us harm and, just as importantly, in finding people who are ‘on our wavelength’.

In an ever more heterogeneous, complex world finding ‘people like us’ is no easy matter. While once it might have been sufficient to categorise people according to easily discernible and identifiable labels – black, middle class, conservative, respectable – such categories increasingly have little real meaning or value. To evaluate effectively where someone is ‘at’ today you need other kinds of (often extremely complex) information – information which, more often than not, is difficult or impossible to put into words. As the hipper people in marketing have come to realise, ‘people like us’ are now identifiable only by extremely subtle differences of personal philosophy as expressed in ‘lifestyle’ and ‘taste’.

Accordingly, it is the careful, subtle manipulation of our own appearance to send precisely the right signals, coupled with a sensitive, sharp ‘reading’ of other’s appearance, that is most likely to make the identification of ‘our kind of people’ possible. Verbal descriptions (‘left-wing’, ‘feminist’, ‘old-fashioned’, ‘fun-loving’) have failed us; it is only differences of style that are capable of expressing the complex – yet increasingly significant – differences of personal ‘wavelength’ which really matter in today’s world.’